Meet the MIGHTY 25 military influencers, advocates and change makers of 2022 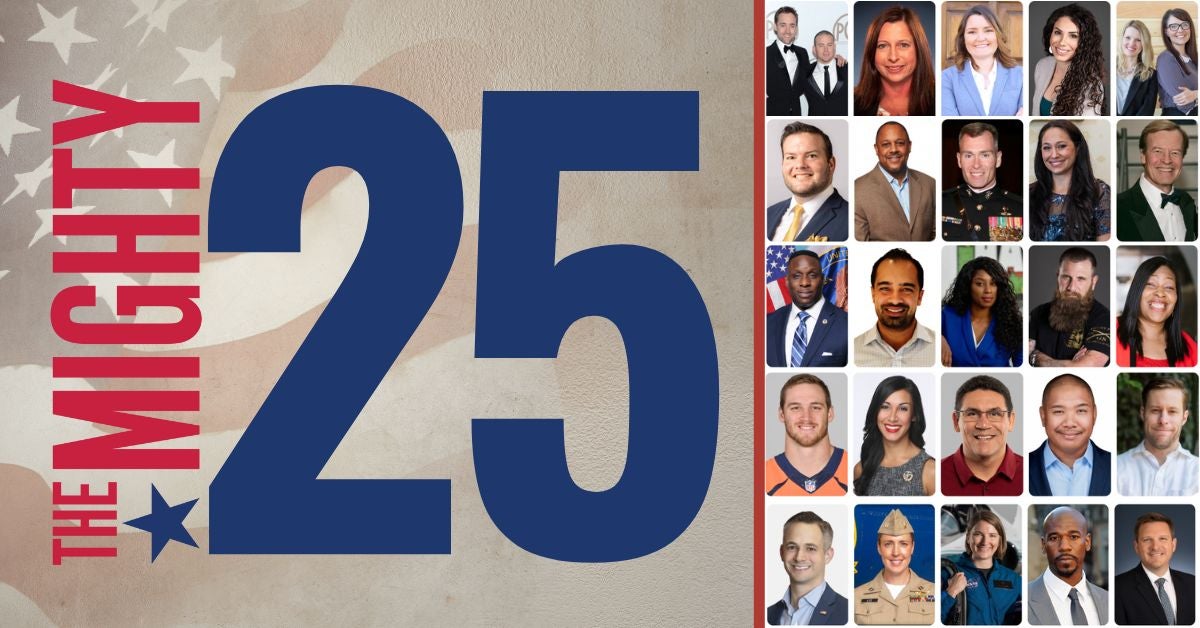 Since 2014, We Are The Mighty has recognized and honored the top MIGHTY 25 influencers in the military community. These individuals have gone above and beyond in serving those who wear the uniform and their families, creating an undeniable ripple of extraordinary impact across the world. The class of 2022 is no exception.

This Army veteran is doing big things for the veteran community with his role at Johnson & Johnson but has been serving for far longer.

Though known for her extraordinary skills in the sky as a pilot, she shared her journey at the bottom of the ranks.

Graduating from the Naval Academy is impressive enough but this officer continued to push the envelope all way to the stars.

This Navy SEAL veteran has done a lot to serve America and the military community but hanging up his uniform didn’t stop his work.

She is a fourth generation veteran who took a chance on a piece of paper, creating a brand new legacy.

She is a proud Navy veteran who is inspiring the next generation of service.

From leading in the Marine Corps to the boardroom, Tony Wells is paving the way for countless veterans at Verizon.

He dedicated three decades of his life in uniform but his commitment didn’t to serve end when he retired from the Army.

9. John Boerstler, Chief Experience Officer for the Department of Veterans Affairs and combat-veteran

This Marine combat-veteran NCO has dedicated his life to service.

Hutchings is making it his mission to connect every veteran in America with the resources they need.

From the Marine Corps to his current role as Chief Strategy Officer at Grunt Style, Tim Jensen he shows us the way to awesome.

From building a globally-recognized company despite many naysayers to creating endless opportunities for the military community – they are absolutely MIGHTY.

After enlisting as a 17-year-old teen he later on commissioned as an officer and served 27 years in the UMSC. Galvin speaks truth to power and isn’t afraid to have hard conversations.

From going from grunt to pilot in the USMC to leading at Microsoft as a Senior Director in the cyber defense world, Amin is ensuring our nation is more secure.

This directing and producing duo have done big things to impact the military community through their work in Hollywood.

This surviving spouse refused to back down from a battle with legislators and continues to serve in her husband’s honor, ensuring benefits for all veterans exposed to burn pit toxins.

Championing the causes and needs of America’s warfighters and their families.

He left a successful career in the financial world to build a state of the art discount connection hub for veterans.

As the daughter of immigrants from the Middle East, this CA State Guard veteran made it her mission to make legal assistance affordable for America’s service members,

Her service in the Air Force changed her life in many ways and she leveraged those experiences to champion the rights of the veteran LGBTQ community.

This Marine deployed to both Afghanistan and Iraq during her 16 year career but her work here at home is just as impactful.

This football player is known for his big moves on the turf but he credits growing up an Army brat for the opportunity at a one in a million NFL career.

This Super Bowl winning football player-turned-coach was born and raised on Army bases across the world.

Served as active duty and later as a military spouse during his lifetime. In his time since, he’s devoted his civilian career to championing veterans.

From graduating the Naval Academy as a Marine Infantry Officer to becoming a Green Beret, he is the absolute reality of what it means to be badass:

From all of us here at WATM, we thank you for being MIGHTY.